Home/Uncategorized/Racing: The personal Journey
Previous Next 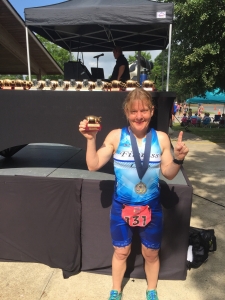 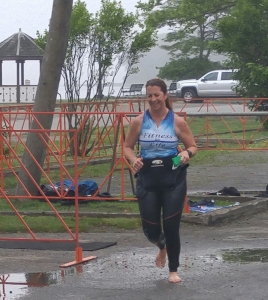 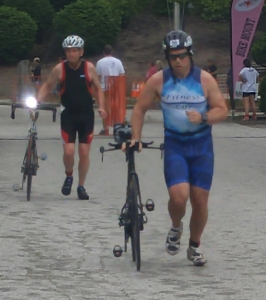 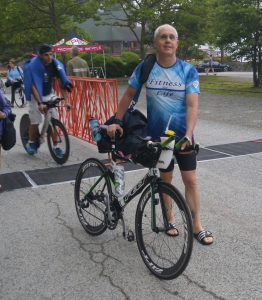 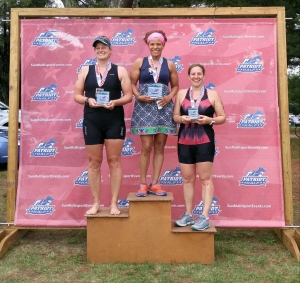 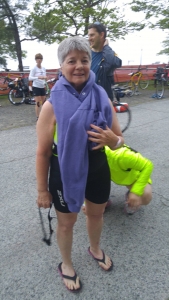 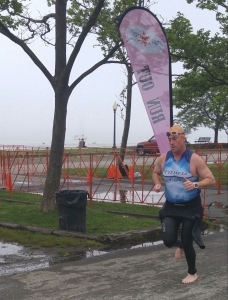 On Saturday, June 17th.  Martha Sylvestre drove to North Carolina to compete in “The Three Little Pigs”  sprint triathlon,  she was chasing the “golden pig” In memory of her mother.   Some would say why travel that far for such a short race. Her story is this.  When I first met Martha two years ago, she said to me ” I want to get into better shape, and I also want to win my age group at “The Three Little Pigs”.  I wondered why that race was so important to her?  Martha explained that her mother, Vicki White belonged to the Rotary Club and that she was the founder of the race.   Martha had lost her mother a few years prior, I know so well the mother-daughter bond, and this was evident in our conversations. So we began training.  Martha made huge improvements, went back last year and placed second.  Sadly no golden pig.  Not to be discouraged Martha persevered through the winter and returned this year.  In better shape and a new bike, Martha nailed it!.  She won her golden pig by placing 18th women, and  1st. in her age group 50-54, setting a PR with a time of 1:15:23.  Martha texted me this picture and said “this is what makes it all worth while!

On the same day, Jillian Schnieder went to Hyannis to compete in the Hyannis Sprint Triathlon I.  Nasty winds and fog in the early morning left the race director no choice bu to change the swim to a 300-yard run.  Jill had a great day placing 2nd. female in a time of 58:13.  Leslie Battle coming off her National title win the weekend before laced up her shoes for the Patriot Half Ironman in Freetown Mass.  Giving it her best as always she took the top podium spot in the Athena division with a time of 5:33:09.

On Sunday all athletes gathered in Rhode Island for the Oh My Goddard Olympic and Sprint Triathlons.  Let me introduce you to Lee Baker.   I met Lee last January when she contacted me for swimming instruction.  We met at the pool and Lee told me she did not know how to swim and was afraid of the deep water.  Her goal was to do a triathlon! I can only say that Lee has been an inspiration to me. From January till the present Lee and I met each week.   She would return to the pool on her own 3 times a week to practice.  She progressed from bobbing in the shallow end of the pool to jumping into the deep end ( very scary) and swimming laps.  This was by no means a small accomplishment, embracing one’s fears is the hardest thing to do, and now swimming has become a life long sport for Lee. She is a swimmer!.  We developed a program for her for biking and running.  On Sunday she completed her first sprint triathlon in 2:20;19.  Lee, I am deeply grateful for the lessons you have taught me in perseverance and determination. 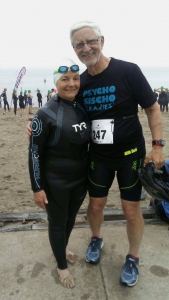 Congratulations to all!  I’m proud to be your coach!