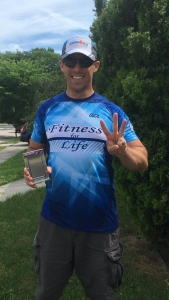 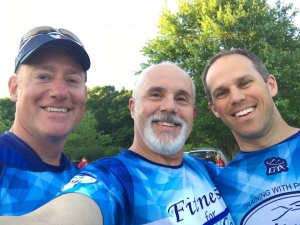 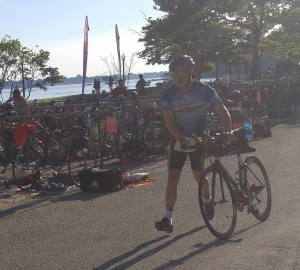 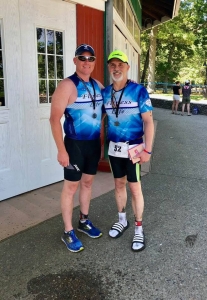 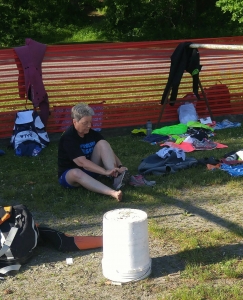 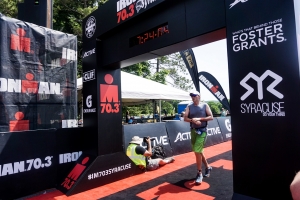 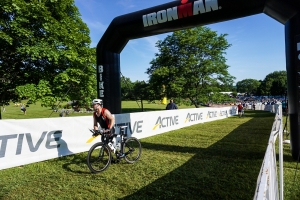 It is fitting that the hottest weekend of the year thus far, would fall on a very busy weekend of racing.  After a long winter and spring of training the athletes on our team were ready to step up to the starting line.It has been a  pleasure to watch them go through the different phases of training, through all kinds of crazy New England weather.  Although at times the training tested them mentally and physically, they never complained.  They did the work and it paid off on all levels. There were so many different scenarios that lead up to this weekends racing.  Some were having  a dress rehearsal for a bigger race.  Some were attempting their first 1/2 Ironman, others were embarking on improving from last year and a few were getting their feet wet for the first time.  As always these guys made me proud! and only affirmed my love for my job as a coach.

First up The Patriot 1/2 Ironman.  Four athletes four different reasons for racing.  Gary Puerini was doing his first 1/2 Ironman.  His did his work training with a very demanding job and home life.  Sometimes rising at 3:30 am to get his workouts in. Always tending to his duties as a dad and husband.Gary has his first race under his belt. Finishing in

Derek Savas a very talented athlete who was sidelined last year due to a knee injury was finally able to race.  Although his wife was due to give birth the next day he was determined to get to the starting line.  And that he did placing 5th. overall in the Aquabike with a time of 3:10:34.  Mike Kendra,  on track for Ironman Lake Placid used this race as a test run.  All his hard work has paid off.  He finished his day in 5:37:36, placing 19th in the 40-44 age group and set a PR for the day.  Toby Bennett also training for Lake Placid and a seasoned athlete set a PR  and a podium finish placing third in his age group 40-44 in a time of 4:57:08.  Toby decided that one day of racing was not enough.  He knows his father enjoys seeing him race, so as not to disappoint him,raced the next day At the Oh My Goddard Sprint Triathlon.  A top podium finish in 40 -44 with a time 1:10:51.  Toby is resting today!.

On Sunday Daniel Hatch and Kevin Moloney were at the starting line of the Syracuse 70.3.  Anybody who knows this race will describe it as anything but easy.  First 11 miles of the bike all climbing and it goes on from there.  Add in the heat and you have a recipe for a challenging day.  These guys rocked it!  Dan’s second 1/2 and Kevin’s first they both finished with great times after a hot and hilly run.  Dan in 7:24:41 and Kevin in 7:02:18.  And they are ready to tackle Ironman 70.3 Lake Placid in a few months.

In Rhode Island Lee Baker entered her third sprint Triathlon.  Lee came to me last year wanting to do a Triathlon but did not know how to swim.  She entered Oh My Goddard Sprint and finished.  Check that off your bucket list.  This year after having completed a fall sprint she decided to go back to Goddard after a winter of swimming, weight training, and wind trainer classes.  She was not dissapointed.  18 MINUTES OFF LAST YEARS TIME!!!!  Finishing 2nd. in the 65-69 age group in 2:02:5!!!!.   Bill Almond took 20 minutes off his time form last year finishing 10th in 40-44 group in a time of 2:32:03.  George Butts placed 2nd in the 50-54 age group in a time of 2:24:42.  These two guys work so hard and always make me smile when we train together!

What a great weekend, what great athletes!