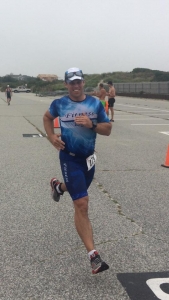 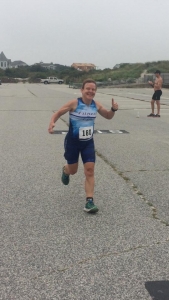 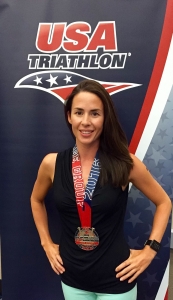 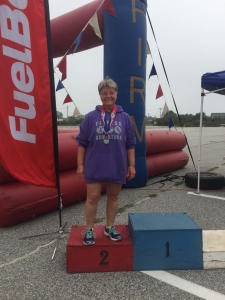 The 2017 Triathlon season is coming to end. What a season it was full of PR’s and personal victories. I have to say that I have a wonderful group of athletes. Each one has their own reasons for racing, but one thing is clear they all work very hard! There might be some complaining for time to time, but without fail after every race they are all smiles and glad they did the work, putting the “hay in the barn”. This past weekend was no exception. 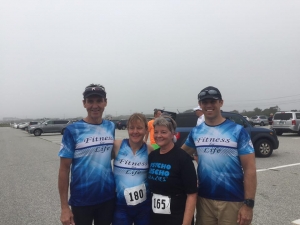 On Saturday Toby Bennett took to the line at the Pligramman Olympic Triathlon, placing 2nd. in the 40-44 age group in a time of 2:30:02. On Sunday in Rotterdam at the International Triathlon Union world championships Jillian Schneider placed 10th. in her age group (30-34) and was 3rd. USA finisher. In New Jersey, Leslie Battle took to the line at the Ironman 70.3 Atlantic City placing 14th. in the 45-49 age group in a time of 5:50:04. Back in Rhode Island, many athletes raced in the Y NOT TRIseason closer in Narragansett. Martha Sylverstre placed 4th. woman and 1st in her age group, setting a PR in a time of 1:05:43. John Goodwin and Tony Silbert won the men’s relay and Toby Bennett with his wife Carrissa Hill won the mixed relay.

The story of the day at the Y NOT TRI goes to Lee Baker. Lee came to me in January wanting to learn to swim. Her goal was a sprint triathlon, a bucket list item for Lee. There was one thing that was holding her back. Lee was afraid of the water and had never learned to swim. So we began with weekly lessons, and Lee transformed from shallow water to swimming laps and even diving in the pool. At 64 this is a larger than “huge” accomplishment. In June she completed her first

triathlon, the Oh My Goddard sprint. I asked her “how about another?” And so began our journey together swimming in the ocean. All summer long we met weekly, sometimes twice a week in ponds and then the ocean. Lee once commented to me, ” just when I begin to get comfortable, you change it up”. I certainly did, but Lee never gave up. There were waves, and current, crabs and fish. We swam around buoys and just hung out in the water. On September 17th. race day came along with an ocean fueled by a hurricane. This was Lee’s crowning moment, and she would not be deterred. So into the ocean she went. Under the waves and beyond the surf. Lee recounted to me how as she ran the last leg of the race she thought to herself, “I swam beyond the waves!” Lee not only finished the race, but she placed second in her age group! ( you can read Lee’s account of her journey on my Face Book page)

Lee’s journey and the journey of others are my reasons for coaching. This is not a dress rehearsal. Challenge yourself, dare to do what you thought impossible, something that scares the hell out of you. Do not miss your opportunity to participate in life! See you next season!