My Triathlon Story By Amy Rice 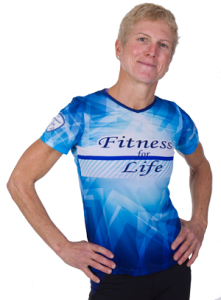 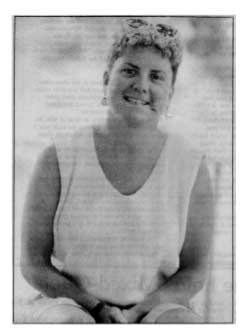 My journey into the sport of Triathlon began when I was 23 years old. While working out at the local fitness center a friend approached me and asked me if I would be interested in competing in a triathlon.  Always willing to try something new, I said “why not?  With a strong swimming background and a borrowed Schwinn Sun Tour Ten Speed, I took the first steps down a road that I DID NOT REALIZE WOULD RESHAPE MY LIFE.

My training routine began to form. A competitive swimmer in my youth, cycling and running presented my greatest obstacles. Completely unaware of the challenges that lay ahead, increasingly distant bike rides and haphazard running workouts were the framework of my training. Race day, June 15, 1985 in a driving rain, and a mass start, I was one of 1800 triathletes to compete in the Coors Sprint Triathlon in Cape Cod, Mass. After a ¼ mile swim, 10 mile bike, and a 3.1 mile run.  I placed 160th. Immediately, I knew I had to have more, and so it began.

Having a strong swimming back round, my efforts were focused on cycling and running. My cycling abilities progressed very quickly, but I soon realized that it was the running that was going to demand the most of my attention.  I found a local strength trainer who specialized in running and an Australian cycling coach who lived in nearby Connecticut. My life became centered on these three sports and a full time job. Every workout was recorded, each meal written down.  In addition to swimming, cycling and running, weight training for strength became a key component. I quickly began to see the efforts of hard work pay off.  Between 1986- 1996 I competed in over 500 triathlons at the sprint, Olympic, and half Ironman distances, both as an amateur and professional, consistently placing in the top five, winning many races.  In 1990 I qualified for the Olympic time trials in cycling, having posted the best time for a female in New England over a 25 mile course.

In June of 1997, after winning the Marlborough Triathlon and looking forward to a stellar season, I found out I was pregnant. Although I did not continue to race, I continued to cycle and swim. In September, with great sadness, I had a miscarriage.  The best therapy, as my grandfather often said, “Is to get back in the saddle”, so I started training. Throughout that winter I focused on running, my weakest of the three sports.  Training, combined with a strong weight program, made the upcoming 1998 racing season look promising.  In May of that same year, I was pregnant for the second time. Once again, time to regroup. Exercising caution, I only walked during my pregnancy. My Prime concern was for the health of my child, but I was also worried about my fitness and how long it would take to come back after missing nine months of training and the birth of my child.  In January of 1999, three weeks early, Kirstyn was born! Childbirth was harder then any triathlon I had ever done. Becoming a mom was wonderful, and I fully embraced it, but the fire within me was still burning. 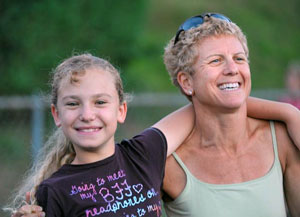 Six weeks later, it was back to training, now however I had to juggle work, training, and motherhood.  My training had to be very specific and purposeful. Having been in great shape prior to becoming pregnant, my body responded quickly. I worked on getting back my base fitness, and once I had achieved that, I started adding on speed.  Much to my surprise I seemed to be even stronger then before.  Posting better swim, bike and running interval times. All my workouts were scheduled around work and my family. There was no time for any “garbage miles.”  This translated into very early mornings, before Kirstyn awoke and late nights after I had put her to bed. To me, it was most important to do what I loved without neglecting the priority of my daughter. Racing became a family affair, as well as a juggling act of parental responsibilities.
In June of 2000 at the age of 38, my reentry into the triathlon circuit amazed even me.   I competed in races all over New England, and for two consecutive race seasons I never lost a race. I was competing at a whole new level. My times were faster and the results were the proof.  In 2001 we began traveling throughout the United States and overseas competing in triathlons.  After having given birth I had become the most accomplished female triathlete in New England. In 2002 at 40, I was having the most successful racing season of my life. I raced throughout the United States and the world and was gaining notoriety amongst my peers. At the completion of the 2002 race season I had
won all the local races, a world qualifier, the world championship, I was ranked first in my age group by the United States Triathlon Federation, an all American in Inside Triathlon magazine, and the United States Triathlon Federation Female triathlete of the year and Master’s Triathlete of the year honorable mention.  In my eyes it didn’t get any better than this.  Or could it? 2003 through 2006 proved just as rewarding.  I continued to win locally and nationally.  In 2003 I placed 2nd. in the World Triathlon Championship in New Zealand,  ranked 2nd  by the United States Triathlon Federation and an all American in Inside triathlon magazine.

After having won two world championships at the Olympic distance triathlon, I decided to fulfill a lifelong dream. I wanted to qualify for and compete in the pinnacle of the sport, the Hawaiian Ironman. I would not be satisfied with entering the race by lottery; I needed to earn the right to compete with the best. In the fall of 2005 I competed in the inaugural 70.3 world championship in Clearwater Florida.  Qualifying meant placing in the top two of my age group. I missed that spot by a minute. Undeterred I went home and set my sights on a spring qualifying race.  I trained relentlessly through the New England winter and in June of 2007, at the Eagleman 70.3 race I won the masters division, and had earned my right to compete in Hawaii. The ensuing summer was focused on building a program for the Ironman.  Countless long bike rides, numerous track sessions and seemingly endless swims in the pool and the ocean.  In October of 2007 the family packed up and flew to Kona.  One can not imagine, after 25 years of competing in triathlon, what a thrill it was for me to be at the race that started it all. Treading water before the swim start, I felt blessed just to be among the best of the best.  That day became a perfect ending to many years of hard training and competition. The memory of Kirstyn holding my hand as I crossed the finish line will never be forgotten. Her presence at the most challenging race of my life added a dimension of fulfillment that I couldn’t have felt in any other way. It was an honor to be able to compete in the most coveted triathlon in the world. Despite the hot, windy and humid conditions I had the race of my life, 4th Overall Master, the results spoke for themselves. The honor of competing against the best in the world was the eclipsed by the joy of standing on the podium, receiving my award, with my daughter at my side. I had lived my triathlon dream.

If you have a dream, or just want to get In shape perhaps I can help you.  If you’re single, a working mom or dad can develop a program to fit your needs.  Just tri- it.